Whoever builds a house for Allah, then Allah will build for him a house in Paradise. 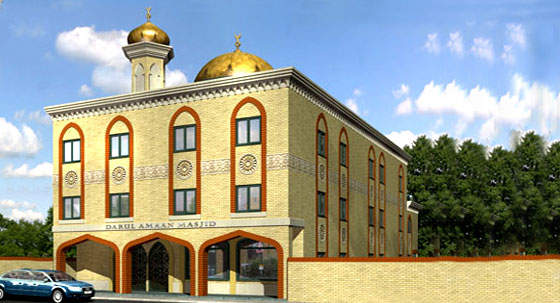 And whatever you spend of your wealth, (its reward) will be paid back to you in full and you shall not be treated unjustly.


Getting Closer to Allah

"When My servants ask thee concerning Me, I am indeed close (to them): I listen to the prayer of every suppliant when he calls on Me: let them also, with a will, listen to My call, and believe in Me: that they may walk in the right way."     (Surah Al-Baqarah 2, verse 186)

After mentioning the rules of fasting and significance of the month of Ramadan, Allah says that He is indeed Qarib or close to his servants. Allah, of course, knows His whole creation. He is aware of every one and every thing. He knows the believers and the non-believer. He knows those who are truthful, honest, sincere and righteous and those who are sinners and wrongdoers. But His closeness is a special honor that He grants to special people. Who are those people and how they become closer to Allah and what benefit they draw when Allah comes closer to them?

We all can try to come closer to Allah and Allah in His glory and majesty can be closer to all of us at the same time. It is possible for every person to draw near to Allah. But we have to make an effort. The question is how to make this effort. In the Qur'an and Sunnah we are given various ways and methods to come closer to Allah. We should try all these ways and may try to excel in one or the other. The possibilities are immense and reward are many.

Ways To Come Closer To Allah

In a Hadith the Prophet (PBUH) said:

Thus, then, if he be of those Nearest to Allah, there is for him Rest and Satisfaction, and a Garden of Delights. (Surah Al-Waqi'ah 56 - Verse 88)

You have subscribed
Please fill the form